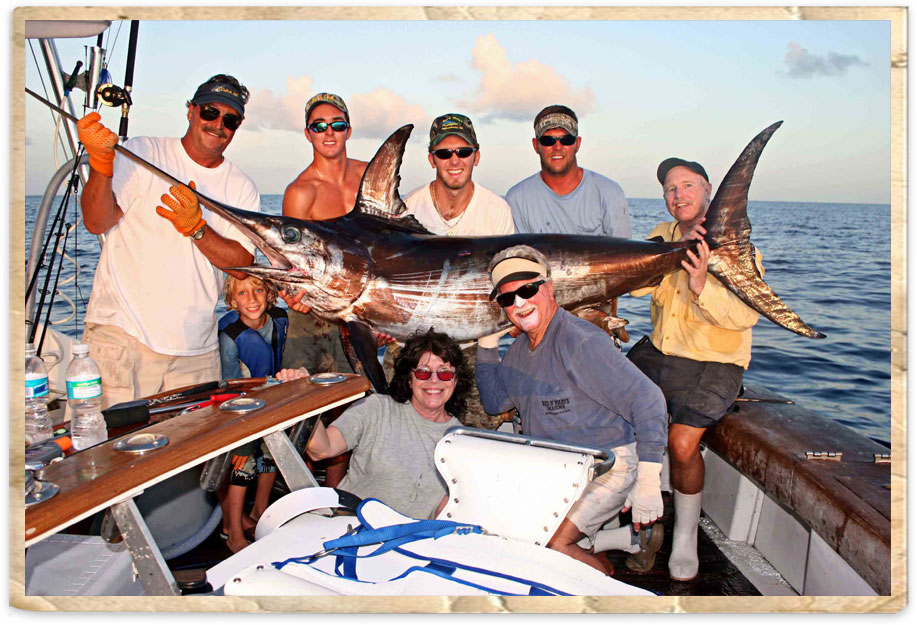 Swordfishing in Islamorada is considered by many to be the best in the world! The past 13 years our swordfishery has exploded.
We target broadbill swordfish both in the daytime and nighttime

The Stanczyk’s of Bud n’ Mary’s marina pioneered daytime swordfishing in the United States starting back in January 2003. Many of our offshore boats fish for swordfish now and have been successful. 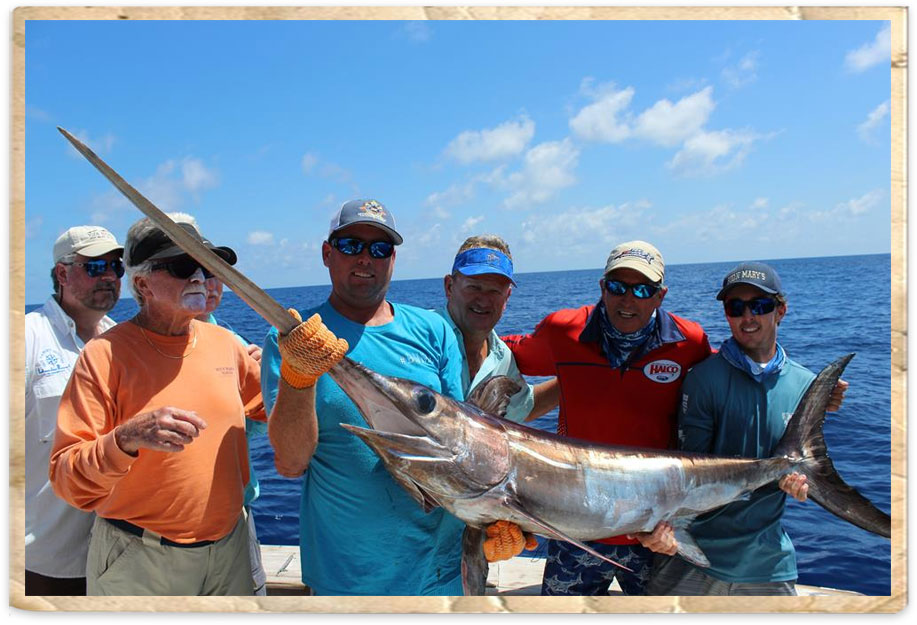 The Catch 22 and Bn’M fished countless days figuring out the most productive spots and most effective techniques.

They once had a streak from 2006 -2007 where they produced 1 or more swordfish on 53 consecutive trips. Two different trips yielded 7 swordfish. 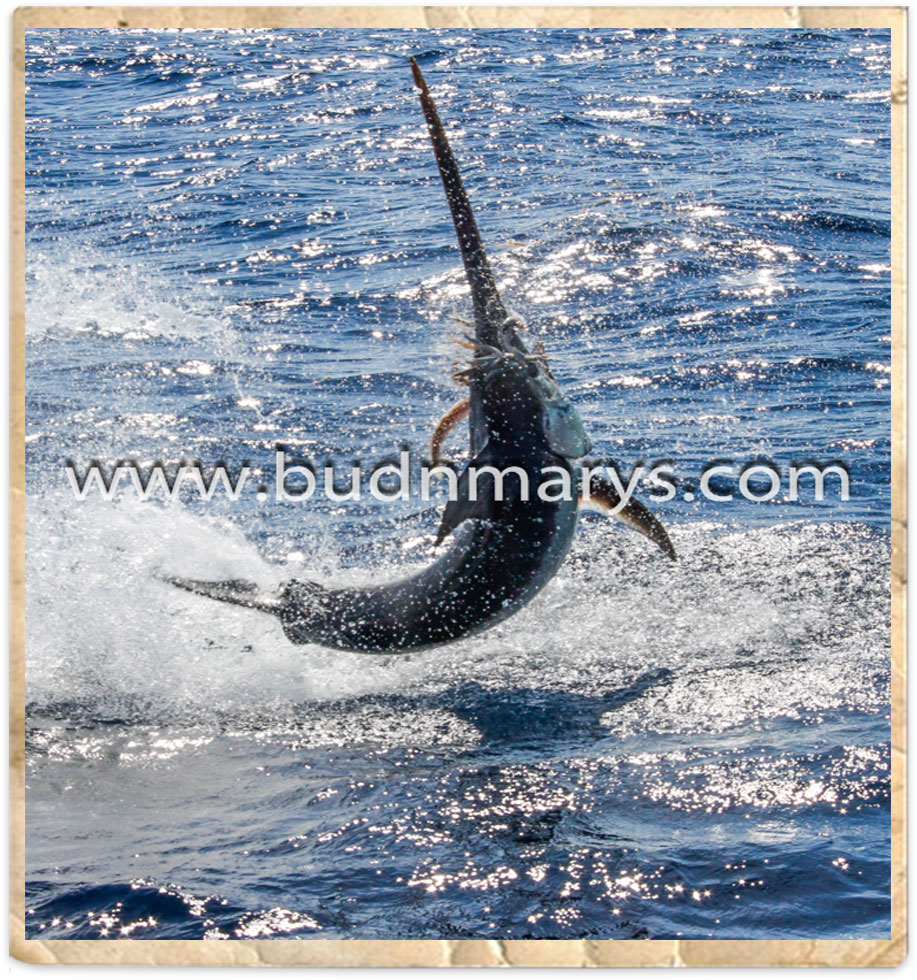 Our fleet catches swordfish all year long but calmer weather makes it much easier and more enjoyable to fish as we drift in the Gulfstream. May through November have been our most consistent months the last few years.

We use both standard conventional reel as well as electric assist reels.

Swordfishing takes patience and you may wait all day for a bite. Some trips yield no bites where other trips you can get a bite every drop! In reality you are fishing for a fish or two. Sure we have days where we catch more, but you always have to start with the first one before you can move onto the second one!

In the daytime we typically fish 1 rod, dropped down within 200’ of the bottom in 1500’ – 1800’ of water. There are a number of different techniques and equipment options from conventional IGFA legal gear to more modern electric reels.

If you choose to hand crank it is a lot of work but well worth it in the end. Most of the swordfish hooked in the daytime swim to the surface at first and the angler usually winds in slack line. Most anglers think there’s no fish on because the fish is racing towards the surface and with 1500′ of line out you can’t feel them.

If the fish is of any size they usually get close to the boat, and then go down to the bottom again. Some fights last only 15 minutes while other battles have lasted 7 hours.

Broadbill swordfish average 50 – 150 lbs in the daytime, although we catch a fair amount over 200 lbs every year. The biggest one caught at the marina was a 468 pounds and was caught in 2015 by Capt. Nick Stanczyk. Occasionally the broadbill will jump and it’s a spectacular sight so bring your cameras. 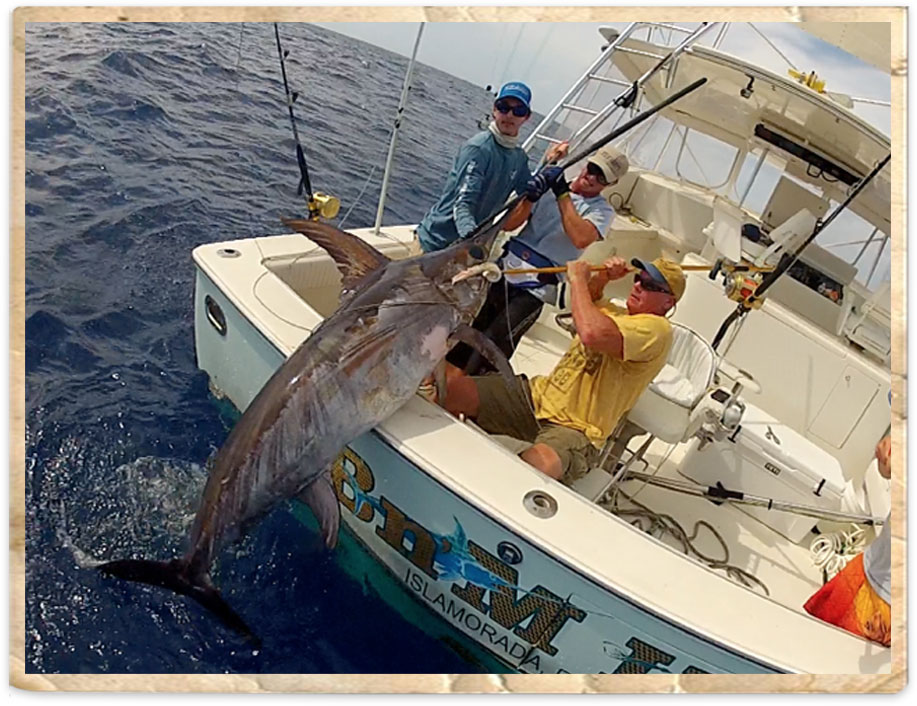 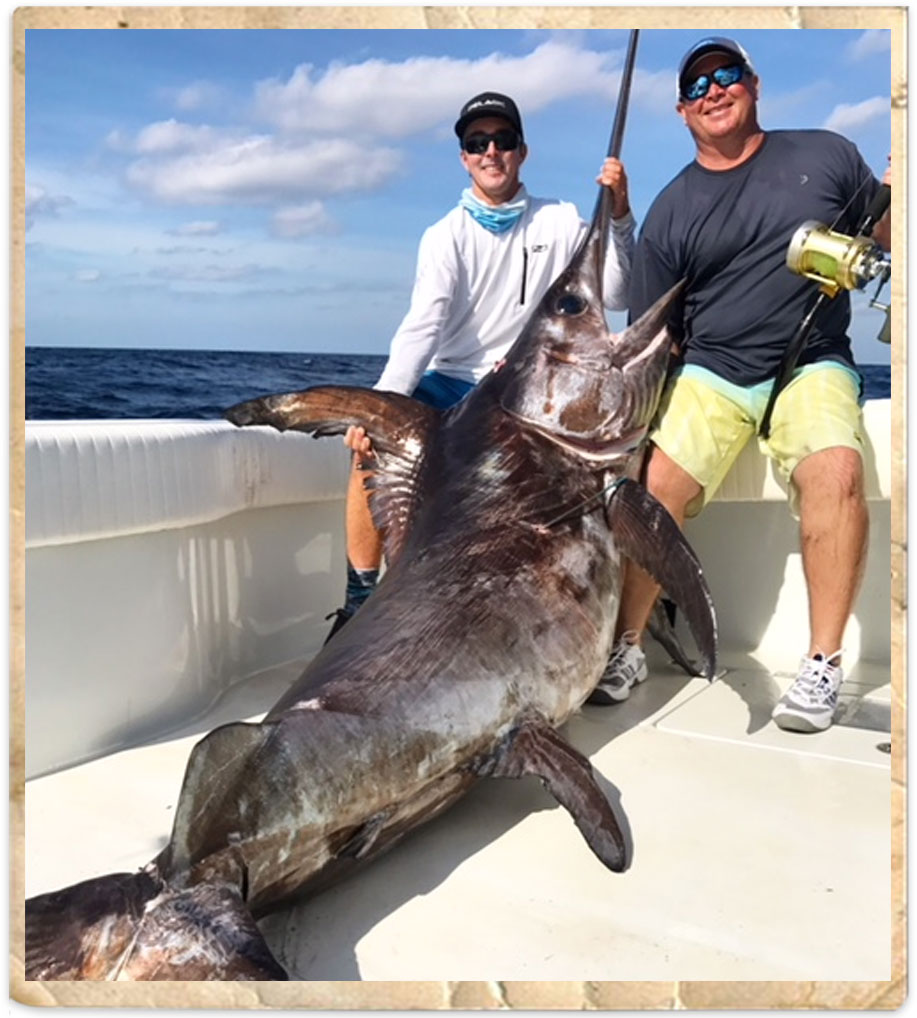 There’s no guarantee you will catch a swordfish but your chances are very good while fishing on our swordfish trips.

If you are up for a different type of fishing and want to try to catch the fish of a lifetime you should give swordfishing a try!